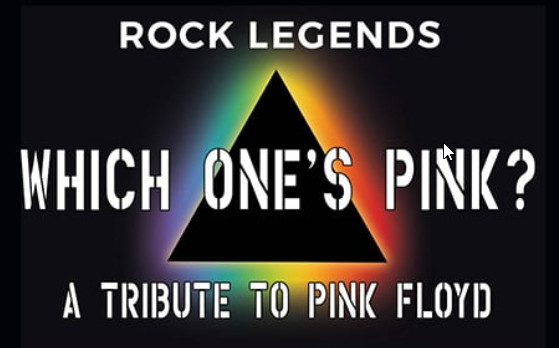 “Which One’s Pink?” is a critically acclaimed Pink Floyd tribute band based in Los Angeles. They’ve performed hundreds of shows throughout the US and won several awards including the Surrogate Bands Pink Floyd Cover Contest. The band performs note-for-note recreations of Pink Floyd’s extensive catalog, including complete performances of classic albums such as Dark Side of the Moon, The Wall, Wish You Were Here, and Animals.

Which One’s Pink? is a remarkably accurate and highly-charged live performance of some of the greatest music to come out of the classic rock era. As Alan Parsons – the recording engineer on Pink Floyd’s The Dark Side of the Moon – says, “Which One’s Pink? has all the parts down, the sounds, the solos . . . they pull it off, they really do . . . they easily could be in the same room with Pink Floyd . . . if you close your eyes, you’re hearing Pink Floyd, live.”