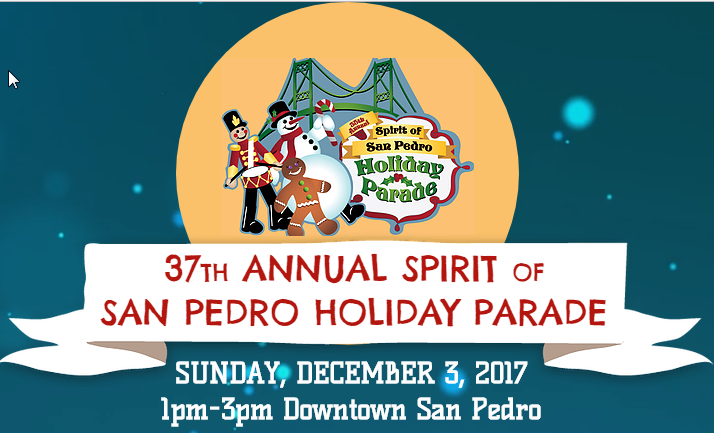 Each year, this festive tradition brings families, little leagues, scouts, students, high school bands, equestrian units, and volunteers to downtown San Pedro to celebrate the holiday season and our community.  More than 9,000 individuals will line the streets to view the parade.

The annual parade is made possible through the generous support of our community. This event is presented by the San Pedro Chamber of Commerce and is a free event to the community.

Born in Utah, Mark Wallengren and his family moved to Southern California when his mother was hired as a staff writer for NBC’s Wonderful World Of Disney. Growing up around the entertainment industry peaked his interest early on and inspired him to pursue his passion for radio. Mark is an accomplished KOST veteran where he now shares his wisdom and humor with millions of loyal listeners every afternoon.

Domenic Costa was born and raised in San Pedro.  He attended Mary Star Elementary and High School.  He started his teaching and coaching career at Washington Preparatory High School in Los Angeles.  After nine years, he was asked to come coach and teach at San Pedro High School.  He was honored to coach with the legendary Mike Walsh.  During all of that time he and his wife, Pam Costa, had two phenomenal children, Lauren and Jacob.  He needed to take some time off from coaching to watch his children grow and succeed.  After 21 years at San Pedro High School, he has taught and mentored the students at Angel’s Gate High School from 2013 to the present.