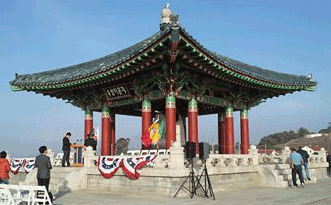 The Annual San Pedro 4th of July Community Observance will be held Monday, July 4, 2022 at Angels Gate Park, home of the Korean Friendship Bell. The Korean Bell, one of San Pedro’s most enduring landmarks, plays a key role in the ceremonial observance. The ceremony will begin at 10:30 AM with a procession to the bell and the posting of the colors.