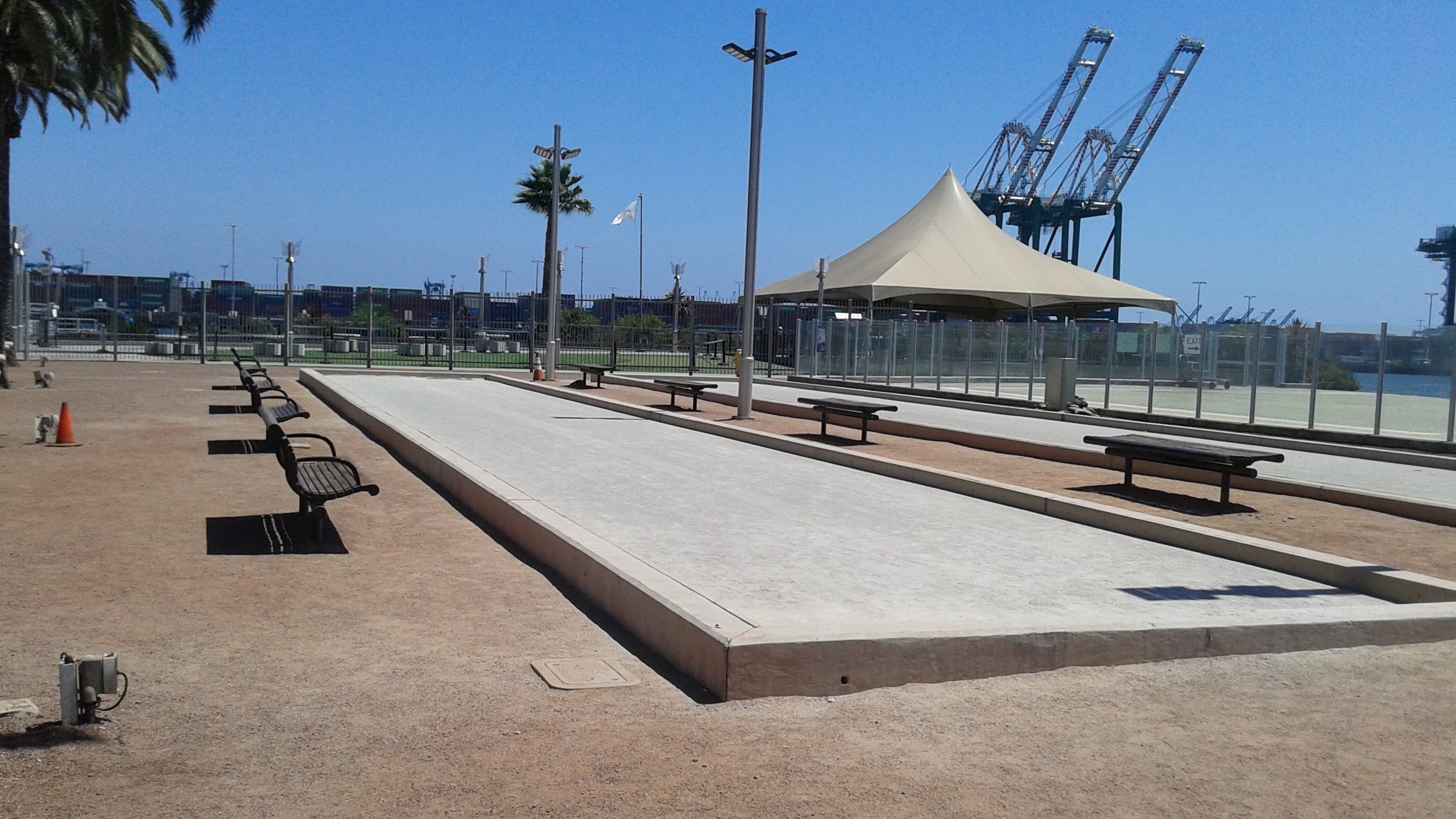 The San Pedro Bocce Club is one of nine (9) formal bocce clubs in Southern California, ranging from Torrance to San Diego.
Tournaments among the clubs are held from March through October,
every year. The San Pedro Bocce Club hosted its inaugural Southern California tournament on
October 27, 2013 and annual So Cal tournaments, thereafter, on home courts located at Berth 95,
south of the Catalina Express Terminal. Events have had over 40 sponsors and contributors and
have been assisted by the San Pedro Beacon House. The 16-team tournaments were highly
successful and brought greater recognition to the Port of Los Angeles and San Pedro.