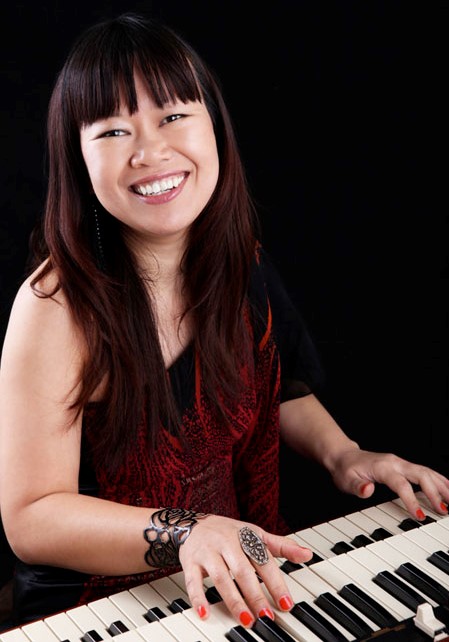 AKIKO has been a mainstay on the New York jazz scene since 2001. Being of Japanese origin, this talented musician began playing the Organ at the age of three. She launched her career in jazz immediately after graduating from the Osaka College of Music. While living in Osaka, she had opportunities to play with world-renowned jazz musicians from the United States. Grady Tate, in particular, had the strongest influence on her professional career and convinced her to move to the U. S, and performed on her
Japanese debut album. Dr. Lonnie Smith is one of Akiko’s greatest mentors, and she considers him as her biggest influence. Her talent also drew Lou Donaldson’s attention,and soon he chose her (2007) as his quartet’s organist.

Being the most reputable and attractive organist, AKIKO is at the center of the New York
scene. She can be seen around town as a leader or sideman with musicians such as Jeff Hamilton, Jimmy Cobb, Lewis Nash, Jerry Weldon, Eric Alexander and Joe Magnarelli and many others. As her mentor, the legendary Dr. Lonnie Smith describes, “Akiko’s playing is like watching a flower blooming, a bird spreading her wings in the music
world. Akiko is here to stay.” Her future is bright and promising.

Bring your own food and drink, no alcohol. Coffee, tea, and purified water is provided.