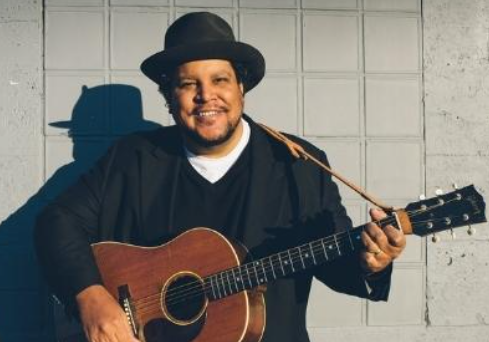 As part of the Roots & Rambles series, Chris Pierce will lead a song writing workshop before the concert from 7:00-7:45pm.

Chris Pierce is a Billboard-charting singer-songwriter. His latest amazing album, American Silence is rich with powerful reflections of contemporary social issues and has earned glowing reviews from NPR Music, No Depression, Rolling Stone and many more.

Known also for his blues-soul band Reverend Tall Tree, Pierce is gaining national attention for his work on many tv and film soundtracks, most recently for his version of “No One” from the series “A Million Little Things and his co-write “We Can Always Come Back to This” from the series “This is Us.” This song peaked at #1 on the Billboard Blues Chart and garnered nominations for “Best Song/Recording Created for Television” from The Guild of Music Supervisors and The Jerry Goldsmith Awards.

In addition to his own touring and musical projects, Pierce frequently lends his warm soul vocals, guitar and harmonica to other artists’ recordings. He has also performed on stage with or opened for: Seal, Cold War Kids, B.B. King, Al Green, Sara Bareilles, Rodrigo y Gabriella, Blind Boys of Alabama, Aaron Neville and others.