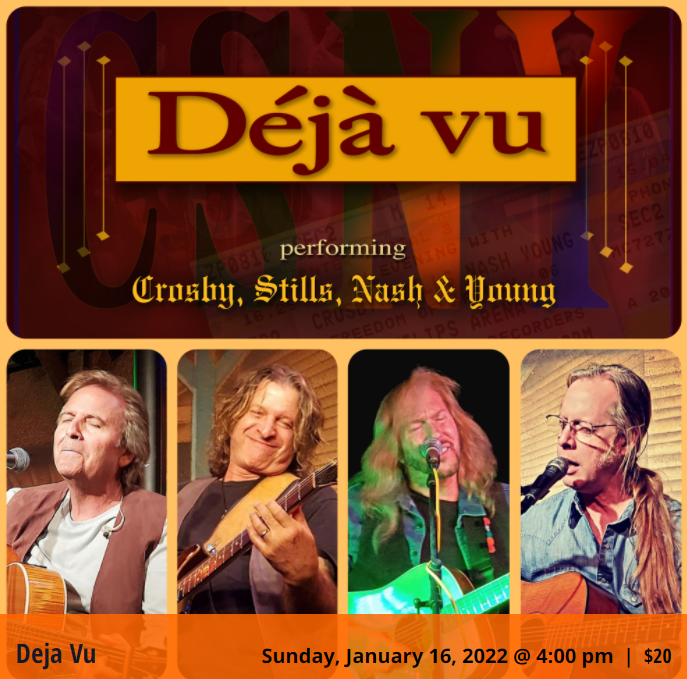 For more than 5 decades, the music of Crosby, Stills, Nash and Young has spoken to generations of listeners world wide. From the gentle love songs like “Our House” and “Guinnevere” to the politically charged anthems like “For What it’s Worth”, “Long Time Gone”, and “Ohio”, CSN&Y’s powerful messages have never failed to excite and move audiences.

Deja vu is the most accurate and heartfelt re-creation of the CSN&Y experience. Brought to life by a group of highly dedicated and experienced L.A. area musicians Ray Koukal, Steven Elowe, Jim Wootten and Devitt Feeley not only perform the legendary music of CSNY – they take their audience on a magical, musical trip through classic rock history! You’ll hear songs like Teach Your Children, Southern Cross, Deja Vu, Wooden Ships, Suite: Judy Blue Eyes, Southern Man, and many, many more that you’ve come to know and love over the years. Rest assured that Deja vu will please the most ardent of CSN&Y fans.