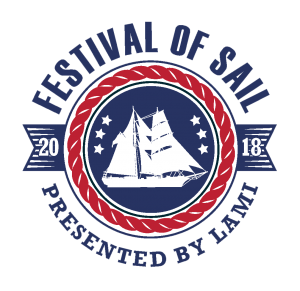 Los Angles Maritime Institute will add to the general celebration of LA Fleet Week 2018 by mounting its own festival to honor the heritage of sail and sail exploration in Southern California, August 31 through September 3, 2018.

Activities will center in the Port of Los Angeles’s downtown harbor cut where Irving Johnson and Exy Johnson, the city’s official tall ships and tall ship ambassadors, along with visiting vessels, will remain stationed for the duration of the weekend, offering free deck tours and sailor lore and regularly leaving the harbor to engage in mock cannon battles with each other near the Los Angeles Light. Tickets for the cannon battles are available at the venue and on the organizations web site.

Surrounding the Downtown Harbor will be several nautically themed exhibits, including a rope-making demonstration, knot tying, face painting, a representation from the local Sea Scouts Ship, a LAMI information station, and a touch-museum of traditional maritime apparatus.

“Seafaring is an overlooked but crucial part of Southern California’s history, culture and development,” said Bruce Heyman, LAMI’s executive director. “And important because so many traditional ships like ours now serve an educational mission, helping young people prepare for life. We are happy to join in this celebration of beautiful maritime craft and the men and women who sail them.”

The festival will also include revolution-era reenactors, who will be on hand to impart a historic tone to the proceedings and answer questions about themselves and their era.

Admission to the festival area, exhibits and ships’ decks will be free. Thanks to a generous donor, several specially scheduled cannon battles will be free to veterans and their families. Public cannon battles will take place on two or more traditionally rigged tall ships and will be held at sea near Los Angeles Harbor Light also known as Angels Gate Light, either just outside or just inside the gate, with up to two battles scheduled per day.

CANNON BATTLE
Join us for a Cannon Battle between tall ships at the Festival of Sail 2018!
TIME
The sail will leave each day at 5pm and return at 7pm. Boarding is 30 minutes before sail time.

LOCATION
The battle will take place on the water at the Downtown Harbor in San Pedro, CA 90731