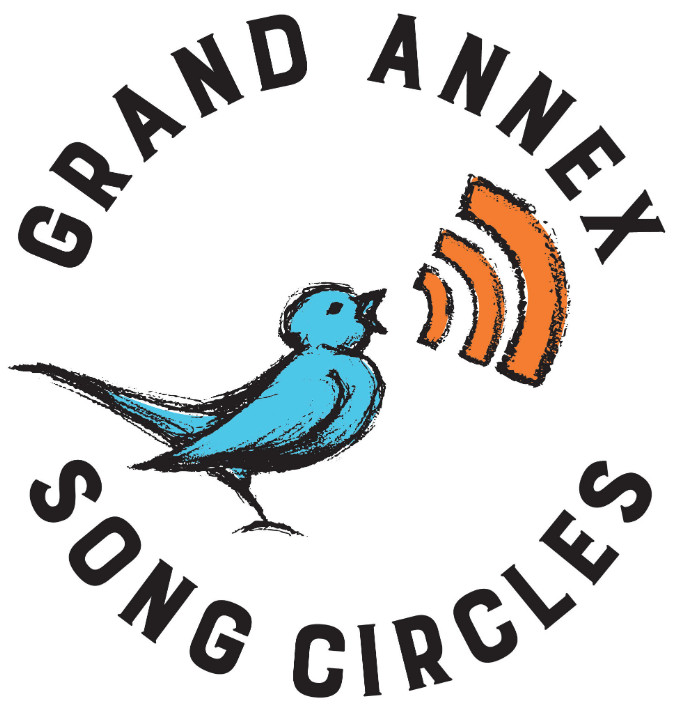 For our second live stream Grand Annex Song Circle, we’ve invited a group of musicians from the Grand Annex roster to sing original songs based on the theme Lean On Me: Songs of Friends, Family and Staying Connected.

RSVP by purchasing a no-cost ticket for each device that you will use to view the event.
If you do not get a chance to RSVP, you can watch on

Chris Stills is as comfortable playing singer-songwriter-style folk and as he is playing gritty rock and blues. His music and stellar vocals have been featured on many soundtracks including Shameless, American Hustle and I, Tonya where he sings the Bee Gees classic, “How Can You Mend A Broken Heart”.

Chris Pierce aka The Reverend Tall Tree is a songwriter, blues singer and bonafide Howlin’ Wolf-style soulman. Along with eight albums, his songs are featured in many TV and film soundtracks, His song “We Can Always Come Back To This” from the hit show This Is Us was nominated for “Best Song Created for Television” by The Guild of Music Supervisors.

Christa Burch With her band, The Syncopaths, and as guest vocalist for countless Celtic groups, Christa’s bodhrán powers the music while her vocals soar in front. LiveIreland.com says: “this California singer has blown away everyone in the Irish music world with this stunning album, Love of the Land, a new classic on the scene.”

Janet Klein (of Janet Klein & her Parlor Boys) Ever stylish in vintage dress and armed with her trusty ukulele, Janet Klein finds the best of ” the obscure, naughty and lovely songs from the 1910s, ’20s and ’30s.” Solo or with her band she brings back the ones you miss, or missed…spirited renditions of early hot jazz, Yiddish novelty numbers, and other old-time tunes.

Paul Givant is frontman for the roots-rock band Rose’s Pawn Shop. As a solo artist, he has shifted to a more introspective folk-Americana. His solo record, Fashion District Adjacent, received excellent reviews including one from LA Music Critic, who said, “The lyrical imagery is amazing, and his choices of instrumentation and genre are out of this world.”