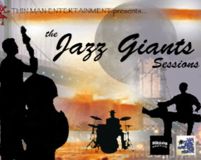 Morrison is known for a melodic voice and a three-and-a-half-octave range. She interprets a familiar jazz and blues classics repertoire in a unique style, and also sings original contemporary tunes. One example of her original music is “I Wanna Be Loved”, co-written with Michael Cormier, which is a musical theatre production about the life and times of Dinah Washington, Queen of the Blues.

Over the years she has performed with many renowned jazz and blues musicians, including legends such as Gerald Wilson, Dizzy Gillespie, and Ray Charles. Morrison has also guest-starred with the Count Basie Orchestra, the Clayton-Hamilton Orchestra and Doc Severinsen’s Big Band. Morrison also performs many well-known blues and jazz festivals around the world.

HENRY “The Skipper” FRANKLIN has performed with many headline artists including Al Jarreau, Stevie Wonder, Count Basie, Freddie Hubbard and Milt Jackson and was part of the legendary Hugh Masekelas band during the late 1960s.

AL WILLIAMS drummer, entrepreneur and promoter of jazz, has a well-earned reputation as a musical mover and shaker.Whether it be bebop, blues, funk, straight ahead, or Latin, he creates rhythmic artistry and power which support the melody line and command listener involvement. Early experience included touring as a percussionist with the Jennie LeGon Caribbean Dance Troupe. His recording and/or touring experience includes work with jazz greats, Hampton Hawes (Something Special), Leroy Vinnegar (The Kid), Teddy Edwards, Willie Bobo, Kenny Burrell, Eddie Harris, Freddie Hubbard, Sarah Vaughn, and Roy Ayers.  On a more bluesy note, he has kept time for Jimmy Witherspoon and Lowell Folsom.

Doors are at 7pm, band starts at 8pm.  Be sure to get there early for best seating and stay late!

Free parking in front of and behind The Grand Annex.