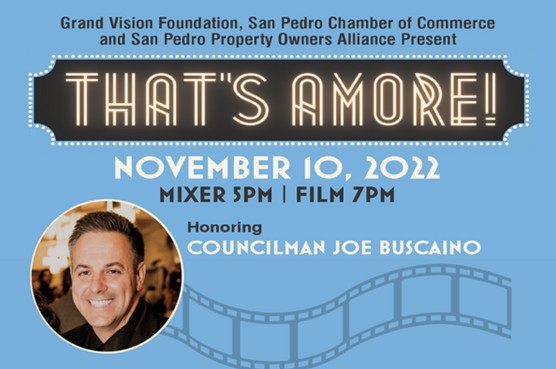 Reception & Film Honoring Joe Buscaino
at the Warner Grand Theatre
That’s Amore! Honoring Councilman Joe Buscaino for his service to the Warner Grand Theatrehttps://grandvision.org/ and the arts in the community. Mixer and Reception followed by a special screening of Academy award-winning Cinema Paradiso (1988). Set in a small Sicilian town, Cinema Paradiso centers on a young boy who falls in love with the movies at the theater.