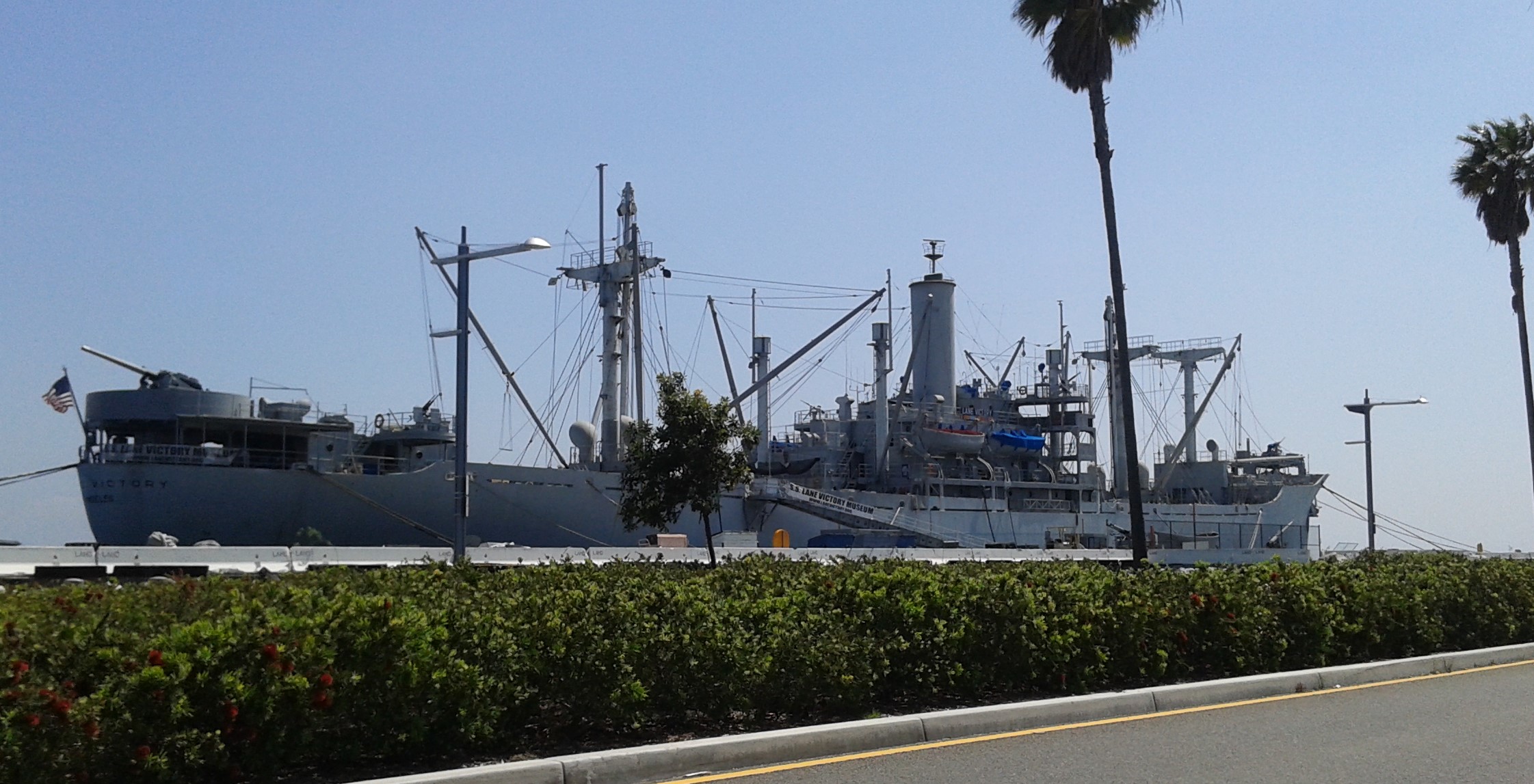 Please join us at the SS LANE VICTORY in San Pedro for a Spirit of ’45 Celebration! Adults: $10
Children: $5
SS LANE VICTORY’s Naval Armed Guard division will have displays and vehicles set up on the pier by the ship for your inspection. There will be character re-enactors and living historians on hand as well. At noon we will have a ceremony to commemorate the end of WWII, culminating with the firing of the ship’s 5”/38 caliber cannon. Take a tour of the SS LANE VICTORY, one of only three Victory ships left in the world (she was built in 1945 right here in the Los Angeles Harbor). Come join us for a day to be remembered. See you there!