Wonder of the World (Special Event) 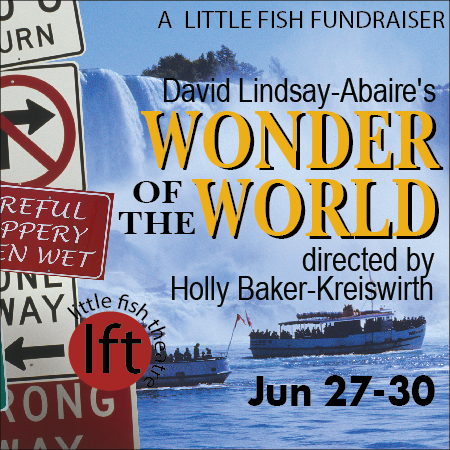 Wonder of the World

It’s a wild ride to Niagara Falls in a barrel of laughs with this wacky comedy set at the famous landmark. Cass is in the throes of a seven-year itch. She has a list of 267 things that she’s dying to experience but feels stuck in a claustrophobic marriage. The discovery of her husband’s dirty little secret sets her on a frantic search for the life she thinks she’s missed out on. Her journey has her crossing paths with a host of crazy characters which should keep you in stitches from stem to stern.

Buy Wonder of the World Tickets.
NO LATE SEATING.

This is a SPECIAL EVENT FUNDRAISER to support LFT’s rising facility costs.

ANYTIME TICKETS ARE NOT VALID FOR SPECIAL EVENTS.