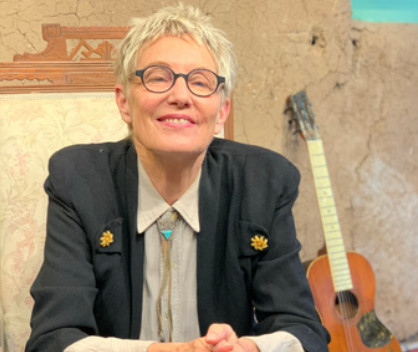 Eliza Gilkyson is a twice Grammy-nominated (2006/2015) singer-songwriter and activist who is one of the most respected musicians in Folk, Roots and Americana circles. Her songs have been covered by Joan Baez, Bob Geldof, Tom Rush and Rosanne Cash and have appeared in films, PBS specials and on prime-time TV.

“A combination of gravity and grace… Her writing is poetry, something that most songwriters strive for but not so many actually achieve. The strength of her lyrics and music help set the work apart.” ~ Buddy Magazine

Enjoy a pre-concert wine tasting led by sommelier JP Molinari. 7:00-7:45pm. $16 or free for members Friend level and above.