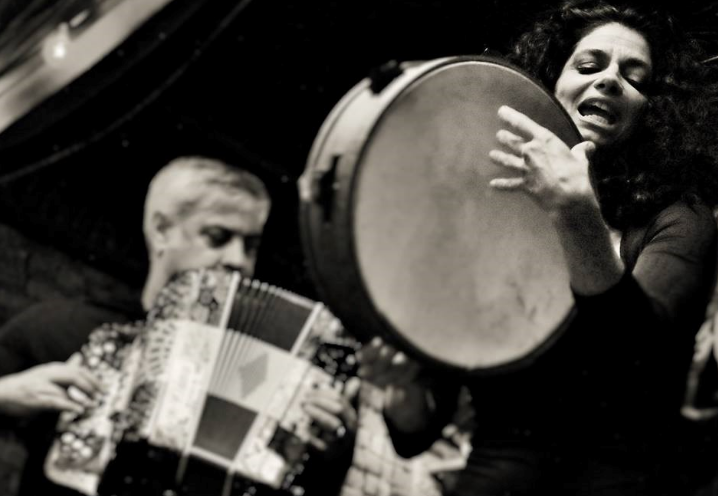 Musolino is an internationally recognized Sicilian-American singer. The grand-daughter of Sicilians immigrated to America, she has re-discovered her own cultural roots through the study and reinterpretation of the folk songs of Sicily and Southern Italy.

Fabio Turchetti is a composer and accordionist from Cremona who travels the world with his music. Dividing his time between a repertoire of Italian folk revival and his own compositions, besides performing, Turchetti also writes books on the topic of music.